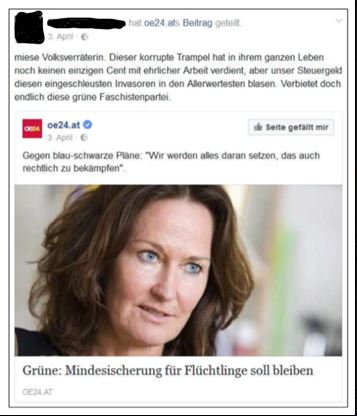 In recent years, large social media platforms such as Facebook seem to be increasingly bound by rules. But to what extent can these large internationally powerful platforms be curbed? Eva Glaswischnig-Piesczek is an Austrian MP from the Green party. An article is posted on Facebook about minimum income support for asylum seekers, it is accompanied by her photo. Beneath the photo, the poster places several insulting comments using terms like: “traitor”, “corrupt bitch” and “fascist”.

As these unsubstantiated allegations are insulting and painful, Eva requests Facebook to remove them. Initially in vain. After a court order, Facebook removes this article so that it is no longer visible in Austria. Ultimately, the matter ends up at the EU Court.

Because messages on social media spread lightning fast and well beyond national borders, the Court decides that Facebook should not only take down this message, but also messages that have similar content. The court decision should however describe very accurately what is to be removed.

This is quite a vague concept. It is expected that Facebook will appeal this decision and that the Court will have to specify this further. The worldwide ban is also justified, because otherwise the same contact can be posted again by someone else from another location.