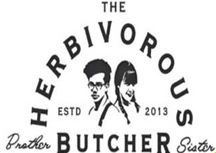 Vegan Butcher  the importance of filing a logo

Many companies use (semi) descriptive brand names. The advantage being that the brand name immediately clarifies what product/service is offered. The disadvantage is that such brand names are often not acceptable as a trademark. Why then can it be important to have the brand name registered with a logo?

The Herbivorous Butcher (a producer of vegetarian products) attempts to trademark the wordmark VEGAN BUTCHER in 2017 in the USA. The US trademark authorities refuse the application on grounds of it being too descriptive. The company assumes that then nobody can register the trademark on these grounds and takes no further steps.

However, Nestle files a trademark application for the same word mark six weeks later, and surprisingly, the authorities allow its registration this time. To prevent the trademark from being registered, the first company had to start an opposition procedure on basis of its previous use.

Better to avoid such disappointments. If a descriptive mark is used and if it refused registration as a word mark, then attempt to register it with a logo. In the logo, the word is often seen as the dominant part. This way it is always possible to take successful action against third parties attempting to claim the word mark later on.


Latest news
Production in China and brand protection, HONDA vs HONDAkit
The importance of logos in fashion - FAKE DUCK vs SAFE THE DUCK
CrossFit vs CrossBox
Facebook:worldwide removal of offensive content
Cheaper design protection in Mexico