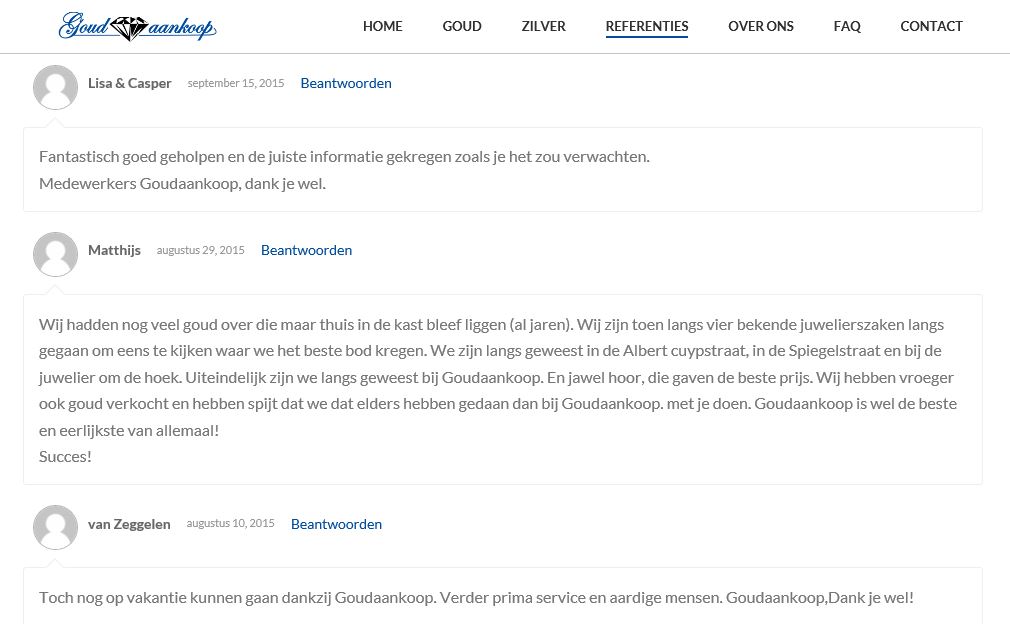 Positive ratings one ones website can be very important. For that reason, it seems attractive to bend the truth a little bit as a company / website manager. For example, can you make selections in the reviews being showed?

This question was answered by the Dutch Advertising Code Committee in a recent case. On the website “goudaankoop.nl” only positive reviews and ratings are found about the company (249 different items). Sometimes using totally exaggerated wording, such as for instance: "I am still a bit shaky from the high amount I received, against my expectations." Not a single one of the reviews is even a bit critical and that is strange.

The complainant herself had filed a negative review, which disappeared off the site within a week’s time.
The complainant claims that the company manipulates these ratings and reviews. The comments are all written in the same style and there is not a single spelling mistake to be found anywhere.

The advertiser claims its website was hacked in 2016, as a result of which the reference page no longer works and he cannot access it anymore. The chairman of the RCC considers this entire story unacceptable and assumes that the advertiser has compiled the ratings himself. This gives a distorted picture and that is in conflict with the Dutch Advertising Code.