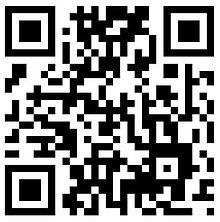 Everyone likes to earn money in a fast way. Generally, this will be achieved by working hard or by winning the lottery.  Are you a creative person than an invention may lead to success. But there are always people who want to ride on the coat tails of this success. Mainly, this coat tail riding  will not always happen fairly. The original product will be copied and the  trade name will be put on the product (counterfeit product). Examples of large-scaled counterfeit products are: clothing (Adidas), shoes (Convers), handbags (Louis Vuiton), perfumes (Chanel), toiletries (Gillette), etc.

With the upcoming  electronic data the battle against counterfeiting products have become extremely difficult. It has only little effect banning the websites of suppliers of fake products (counterfeiter) . The counterfeiter will continue offering its products through a different website. The creativity of a counterfeiter has also increased. For example the counterfeiter uses the blurring tool, the name of the counterfeiting trademark has made indistinct and hazy. In this way it is unclear that it is about a well-know trade name. Consumers experiencing some discomfort when the fake product is of poor quality. However, it is life-threatening, when it is a drug that does not or contains too little of the active drug substance. Counterfeiting drugs is a worldwide problem that increases swiftly. The Counterfeiters are often well organized mafia gangs who has shifted their area from (party)drugs to medicines. It is not surprising since the profits are high, the probability of detection is small and the penalties are low.

Most medicines that are imitated are lifestyle drugs, such as allergy (ALL FREE), erectile dysfunction (VIAGRA) or depression (SEROGQUEL). These drugs are mainly offered in wealthy countries. In developing countries, medicines with a life-threatening condition are counterfeited, for example:  malaria, tuberculosis and HIV / AIDS. Through the years,  expensive anti-cancer drugs are also imitated, like the popular anti-viral drugs. It is not exactly know how many medicines are counterfeiting per year The World Health Organization (WHO) estimates that 50% of the drugs offered on the Internet are fake.

It is sometimes difficult to distinguish fake from real. This is because of the fact that the machines of the counterfeiter are of the latest quality and therefore the fake medicines looks very good. Only when the drug is placed under the microscope, it appears that de medicine has a different composition. Research shows for example that malaria tablets contains too little Arthemisine. The malaria mosquito did not die but became resistant because of the fake drug. Another example about anti-cancer medicines that contain acids or rat poison in order to give the patient the impression that the drug works because the patient became ill. In reality, they become even sicker.  In other cases, medicines have been copied perfectly. Laboratory investigation should reveal whether the active ingredients are different than the original.

On the Internet it is almost impossible to judge whether it is about the original or a counterfeit medicine. The counterfeiter will pimp the products on his website in such a way that it looks real. The buyer has the impression that he has just bought the  original product.

Counterfeit medicines do not only extend to the patient but also to the pharmaceutical industry itself. In double blind studies with a comparator, the industry has to act careful when purchasing the comparator drug of his competitor. The study will  be "at risk" when using a counterfeit medicine since the data are no longer correct. Moreover, the patient in the clinical study will run a possible risk when a counterfeit drug has been administered. Therefore it is advisable that the industry will get its comparator medicine from the regular wholesaler.

The Federation of Pharmaceutical Industries and Association (EFPIA) is in advanced discussions with the European Commission (EC) on dealing with fake drugs. It has been proposed to have a centralized tracking system for our medicines. The packaging will be provided with a QR code. In France, a QR code is already mandatory for all medicine packaging. It has now been proposed to create an unique QR-code. This matrix code is an unique number that is linked to the history of medicine that is kept in a central database. A mobile phone or scanning device can read the matrix code and will connect the user with the central web system. The pharmacist or the patient is then able to check whether the medicine is of the original owner. In addition, special labels/ stickers will be fixed  on the packages. These stickers consist of fibers. Fiber traces will reveal on the package when the package will be misused.

The EC would like to have a tracking system that follows the entire route of the medicine. This means from the beginning of the raw materials, processing and finally to the distributor (pharmacy, hospital, etc). This system is expensive. Therefore, EFPIA plead  for an alternative, namely a system that follows the final medicine from the manufacturer to the distributor . Moreover, this pharmaceutical organization opt to have this tracking system only for the innovative medicines (ie medicines that have a patent registration) . EFPIA is concerned that the introduction of a new packaging directive leads to stagnation in the production of current drugs. The product registration files of existing drugs may need to be re-inspected by health authorities because the packaging  has to be adapted to the new guidelines. This may delay the production result. In a worst case scenario, an existing medicine will be removed from the market because the clinical trials do not meet current standards any more. New clinical studies are necessary. These additional studies and or a  market stop will cost the pharmaceutical industry major losses and patients will suffer from medicine shortages. This is one of the main reasons that the industry will introduce this  new system for new and innovative products and not for the existing medicines (generics) that do not join the protection of a patent registration.

Before an unique QR code will be introduced on medicine  packaging further discussions are needed in order to bring the European Commission and the pharmaceutical industry  on the same page. In addition to these proposed plans  a new law has been drafted, the Anti-Counterfeiting Trade Agreement (ACTA). But the adoption and implementation of this instrument, is not without a struggle. The European Parliament recently rejected this law. Several freedom fighters protested already against the ACTA  because this law is in conflict with a number of European rules. In addition, governments  are working  on the harmonization of existing national guidelines in order to adapt to European directives. It is a comprehensive and complex subject in order to adapt a central tracking system, or a new anti-counterfeit  act, or  to harmonize the laws all in order to prevent fake products.

Alternatively, another instrument is brought into life and maybe with the best prevention scope, namely creating greater awareness among the public. The regular public must understand the dangers of buying medicines over the Internet. Customs officers, authorities, pharmacists and medical specialists should be taught about the quality of the products. In the Netherlands, as far as we know, the regular supply chain is hardly contaminated by counterfeit products.

The QR code on packaging will ensure better supply of medicines but we also  must remain focused to the regular channel of medicine trade and not refer to providers on the Internet. If we do not seduce ourselves to the medicines on the internet it will become more difficult for the counterfeiters to sell their fake medicines. Many measures are taken to secure people's health. Only the question is who bears the costs involved  of all these measurements. The last word has not been said about this subject.