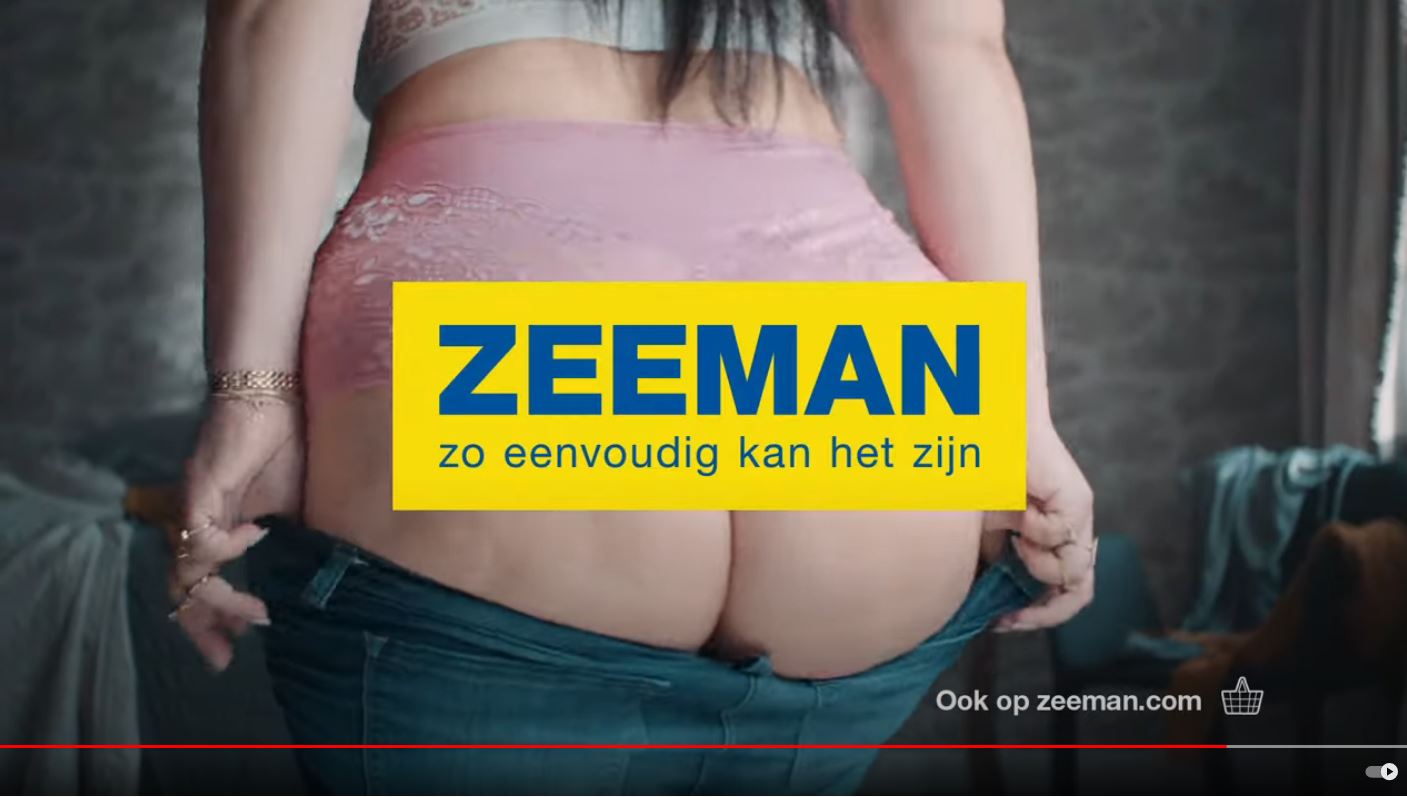 Dutch discounter Zeeman always features a segment of its offerings in their ‘it can be that simple' campaign. After socks and men's underwear, a new commercial runs on women's underwear. Different women in underwear briefly flash on the screen focusing on the buttocks, making it clear that the featured underwear is comfortable and good looking. A complaint is filed deeming the commercials’ imagery negative, tasteless, misogynist and sexist.

The Dutch Advertising Board disagrees. The fact that buttocks are visible does not make the commercial inadmissible. There is a clear link between the product being advertised (women's underwear), the images and the text in the commercial. No sexist or misogynous message is conveyed. The commercial is not in breach of good taste or indecent.

This is in line with earlier rulings this year. For example, another complaint against an advertisement titled 'Safety all-through winter without skidmarks' featuring a picture of a lady lowering her bikini bottom, promoting winter tires, was honoured. Nudity is allowed, as long as it's functional (source image: YouTube commercial Zeeman)