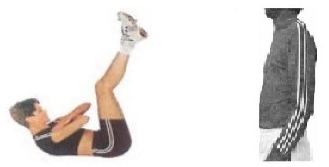 Adidas uses three parallel stripes as the distinguishing sign of its products. Characteristic is the number and the fact that the stripes are just as wide as the space between them. The design dates from 1949. To protect the goodwill of this brand, the company acts consistently against other sports brands that use stripes. The best known conflict is, we suspect, the series of lawsuits against Hennes and Mauritz that has been ongoing since 1997, over the use of the two stripes on fitness clothing.

After many court rulings, from first instance courts to Supreme Courts and even the European Court, there now seems to be a tipping point in this saga. The national Court of the Hague has come to the conclusion that the signs are not similar.

The Adidas trademark is a repeating three-stripe pattern with equal spacing. The stripes at H&M look more like a thick stripe with a line between them (so significantly smaller spacing). In addition, the repetition is missing and this is not a pattern. The similarity therefore is low. Result: no infringement.

Chances are (given the history) that Adidas will appeal the decision in cassation. However, this statement is particularly relevant. The scope of protection of a logo is limited if it consists solely of simple geometrical elements such as stripes, dots, circles or squares. (Source image: Rechtspraak.nl)


Latest news
Production in China and brand protection, HONDA vs HONDAkit
The importance of logos in fashion - FAKE DUCK vs SAFE THE DUCK
CrossFit vs CrossBox
Facebook:worldwide removal of offensive content
Cheaper design protection in Mexico